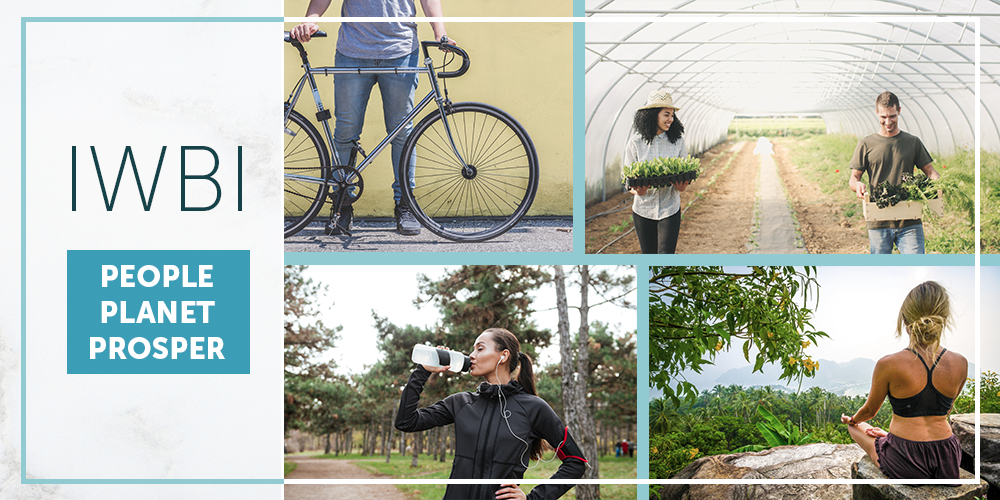 The whole premise sounded vaguely familiar somehow, and I realized that several years ago,  I too had written book about a similar subject: “Greenthink: How Profit can Save the Planet.” My book, of course, was focused on a thinner slice of life – the environmental movement – but the underlying principle continues to ring true.

As Stiglitz said: “Progressive capitalism is a new social contract between voters and elected officials, between workers and corporations, between rich and poor, and between those with jobs and those who are un- or underemployed.”

I’ll go him one further – we also need a new contract between people and the planet, and a rebalancing of the relationship between business, government and environmentalists.  Without it, we will surely fail.

It’s painfully clear to me that we’re in the midst of a global environmental depression. Tragically, few people understand this, because they’re trapped in a half-century-old worldview in which the private sector and the environmental community are independent actors in a zero-sum game. This antiquated, adversarial outlook isn’t just dumb; it’s devastating—to the economy and the environment. It’s also devastating to people, because climate change is a huge public health issue.

Think about it this way: Because the environmental movement still considers business its sworn enemy instead of its natural partner, it has utterly failed at the decisive moment of the most important environmental battle in history. There’s a better chance that you’ll get struck by lightning while reading this book than that Congress will pass a carbon tax in my lifetime. Global climate conventions and negotiations have unraveled so many times, I’ve lost count. Why? Because generally speaking, environmentalists continue to antagonize industry instead of partner with it. As a result, business interests end up standing in the way of agreements that could prevent catastrophic climate change. And hurting millions of people in the process.

Meanwhile, the private sector is leaving trillions on the table—not to mention condemning our planet to a terrifying future—by failing to widely embrace the extraordinary power of sustainability to drive economic growth. There are two key ways all businesses stand to gain from being environmentally conscious. First, by eliminating waste and doing things more efficiently, companies save money. Second, by using sustainability to drive innovation, new products become more effective, more desirable to customers, and thus more profitable.

The bottom line is that the tired, old narrative through which most people understand the world, and the groupthink within business, government and environmental circles that sustains it, are preventing a lot of money from being made and a lot of planet from being saved. But a new narrative is emerging—a new way of thinking, even—that is deeply rooted in reality, not distorted by history.

Greenthink occurs when businesses, nonprofits, governments, and individuals marry environmental and economic principles for the benefits they can receive from both. Throughout the global economy, a select number of enlightened companies are already engaged in greenthink by leveraging the power of sustainability to drive profits. These businesses aren’t using less energy and fewer resources in the name of self-denial or out of the goodness of their hearts; they’re consuming less in order to earn more. The economic incentives are changing, and so are the business models. The result is a measurable reduction in the damage that many companies inflict on the environment and people, an increase in innovation and the overall quality of their products and services, and a reward in the form that business understands best: cold, hard cash. In fact, preeminent management consulting firm McKinsey & Company says that “the choice for companies today is not if, but how they should manage their sustainability activities.”

The future of the planet is at stake, and so is the future of the global economy. Environmental degradation and climate change are beginning to take an enormous economic toll that will grow by orders of magnitude in the coming years. Meanwhile, environmentally friendly business practices are creating an economic windfall for those smart enough to embrace them.

This is the new reality—and our historic opportunity. These strategies can bring us together and help us dramatically reduce our carbon footprint, eliminate harmful pollution, and build a better, greener, healthier world.  We just need to be mindful that thoughtful regulation plays a role as well, providing a mechanism to make sure market power works for all of us.

Conventional wisdom tells us that sustainability is prohibitively expensive; that industry is, by definition, destructive; and that environmentalism and capitalism are diametrically opposed. But it’s time to toss that old way of thinking out a triple-glazed, energy-efficient window. Because even though the private sector and the environmental movement have long thought of themselves as adversaries—or, at best, as folks who just walk a different path—the truth is, if we don’t get our act together, we will share the same fate.

Check out our FAQ